Yesterday I was talking to a friend in my office about the great benefit to students from writing undergraduate honors theses in their senior year.  I have long advised students to do so, perhaps because of the rewarding experience I had years ago.  It got me thinking, so I pulled my undergraduate thesis off the shelf, and I noted that it was dated April 5, 1968–submitted exactly 50 years ago to the day. The thesis was all about policy rules, and, yes, I am still working on that topic, “still crazy after all these years.”

I got the idea from Phil Howrey who was then on the Princeton faculty. Phil was doing research with Michio Hatanaka, who had just published Spectral Analysis of Economic Time Series with Clive Granger who had visited Princeton.  They were all interested in dynamic stochastic models of the economy, and so I got interested. How lucky for me. I had taken a macro course from Phil, without ISLM but with many dynamic stochastic equations—quite unusual for the time, and I was forced to view the economy as a moving dynamic structure. The idea of policy as a rule made so much sense. There was no other way to do policy with those models.

I recall that I really loved working on this project. I spent long hours in a carrel in the basement of the library reading and deriving equations in the winter and spring of 1968. 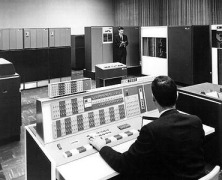 and on an electro-analog computer (an Electronic Associates TR-20 located at the Engineering School)—a circuit with capacitors, resistors, and amplifiers hooked up to an oscilloscope. 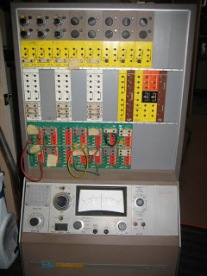 Milton Friedman gave his famous AEA presidential address that academic year (on December 29, 1967) in which he criticized the Phillips curve and discussed the role of monetary policy. My thesis combined two strands of A.W. Phillips research: evaluation of policy rules and a model cyclical growth. But, fortunately, the thesis did not exploit any long-run trade-off implicit in the Phillips curve by trying to raise money growth and inflation permanently to get a permanently lower unemployment.

We have made progress in the development and application of monetary policy rules in the past 50 years, but I am optimistic that we will make much more progress in the next 50 years. Laptops are thousands of times faster than that old IBM 7094, and we now have artificial intelligence, machine learning, big data, bitcoin, now-casting, and instantaneous and global communications. And we are accumulating vast amounts of practical experience over time and in different countries. So, students, get started on that thesis.