This week the Monetary Policy Subcommittee of the House Financial Services Committee held a hearing on “Unconventional Monetary Policy.”  Charles Plosser, Mickey Levy, Simon Johnson and I testified. It was a good hearing with pertinent questions by Members of Congress, led by Chairman Bill Huizenga, and candid answers from the witnesses.

In my view the hearing was good because it focused on monetary reform in a practical context where reform is now seen as a real possibility. Here’s a link to a video and written testimonies.

I led off by reviewing how the Fed’s move toward unconventional monetary policy can be traced back to the “too low for too long” period of 2003-2005, and much research shows that the results were not good. (References to research are in my testimony.) Along with a breakdown in the regulatory process, these policies were a cause of the financial crisis and the Great Recession. While the Fed did a good job during the panic in 2008 as lender of last resort, it then moved sharply in an unconventional direction starting in 2009 with large scale asset purchases, erratic forward guidance, and near zero interest rates long after the recession was over. Again the results were not good.  My research and that of others shows that these policies were not effective, and may have been counterproductive.

The policy implication of this experience is clear. Monetary policy should be normalized. The Fed should transition to a rules-based monetary policy like the one that worked in the past while recognizing that the economy and markets have evolved. This appears to be the intent of the Fed, but normalization, or transition, is difficult in practice, and the pace has been slow and uncertain. 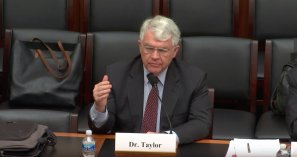 Normalization is easier if there is an understanding of the basic monetary strategy. This points to monetary reform where the Fed would describe the strategy or rule for the systematic adjustment of its policy instruments.  Recent empirical research by Alex Nikolsko-Rzhevskyy, David Papell, Ruxandra Prodan shows that if this reform had been in place in recent years, the Fed would have had to explain the deviations, and this would have likely reduced their size. Additional research by Carl Walsh shows that economic performance would improve if the Fed were accountable about the rule for achieving goals as well as about the goals.

The opportunity for monetary reform is now better than it has been in years. Remember that tax reform, regulatory reform, budget reform and monetary reform go together. They reinforce each other. All are crucial to a prosperous economy.