So many members of the financial press were having a good time tweeting at the Fed Centennial conference last week at Stanford that, according the “TweetReach Report,” about 1 million Twitter accounts were reached and 10 million tweets were delivered about the hashtag #hooverfedconference.  Here is a photo of the post-conference press conference 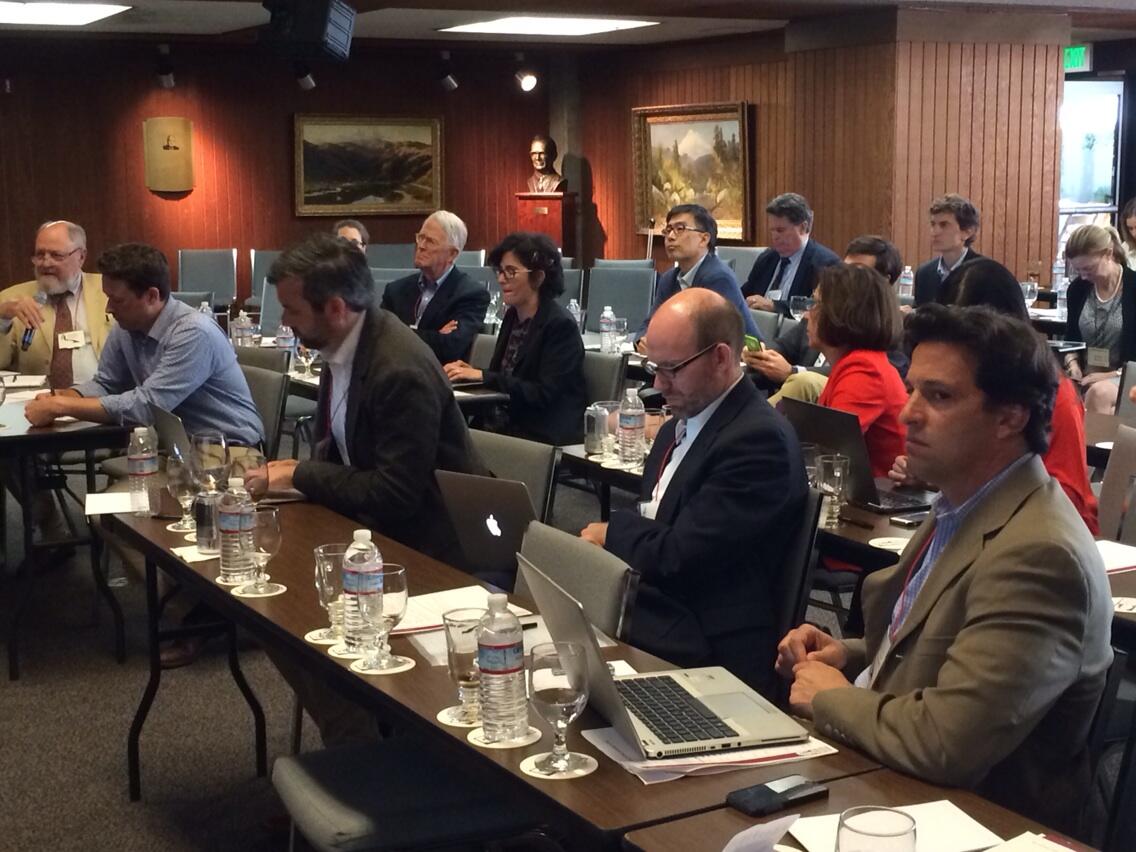 Many tweets were serious and formed the basis for longer articles, but most everyone got a kick out of the funny sarcastic ones. Here is my list of 10 with the most amusingly irreverent sense of humor.

Thomas Sargent: "When I was a kid hanging around central banks … " Sounds like a lonely childhood. #hooverfedconference

If only we had preserved Walter Bagehot's brain, all monetary policy dilemmas would be resolved. #hooverfedconference

If Stanford is the heart of tech innovation, why can't @HooverInst just develop a rules-based app for central bankers? #hooverfedconference

And the #hooverfedconference kicks off with a bang. Or at least some equations. pic.twitter.com/hYEeuTyEQQ

"What are you doing so that your students can solve problems you can't solve?" – best ? yet of an economist at #hooverfedconference