Choice of IMF Managing Director Should Reflect 75 Years of Change

Last week Raghu Rajan and I coauthored an article for the Financial Times. We argued that the IMF should no longer continue the tradition that the Managing Director of the International Monetary Fund be a European. Instead, it should “break the mould by appointing the best possible candidate to the job, regardless of nationality,” and “hold an open competition” for the position. 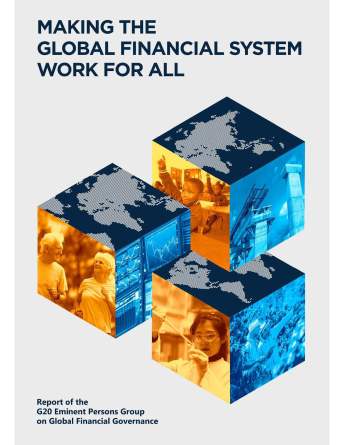 As the G20 Eminent Persons Group on Global Financial Governance (on which we served) recommended, the IMF’s role needs to change to meet the requirements of a different word than existed in the year of its founding 75 years ago.

But this is no longer a task for Europe and the US alone, or for the G7 alone, or for the G20 alone.  The economic ideas being debated are much the same, as I explained in this Truman Medal Lecture, but keeping the flame of open international trade and open capital market alive is harder than ever. It is a now fully global, multi-polar world. It is a task for all the members of the IMF. The choice of managing director should reflect that reality.

This entry was posted in Uncategorized. Bookmark the permalink.