The main reason why this measure of employment has not shown improvement while the unemployment rate has declined over the past year is that the labor force participation rate has declined (from 63.8 to 63.4). Some argue that the declining labor force participation is what one would expect from the demographic changes as the baby boom generation retires.  But the labor force dropout rate is much larger than that and must have to do with the prolonged slow recovery. 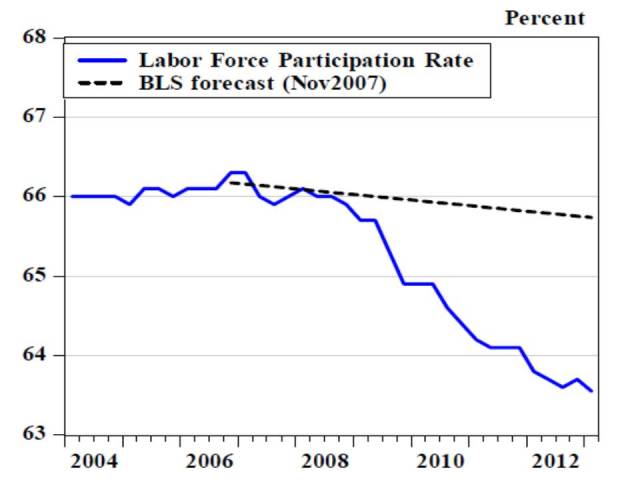 Finally, here is an updated version of the chart I have used throughout the recovery  to show changes in the employment-population ratio compared with the 1980s recovery. 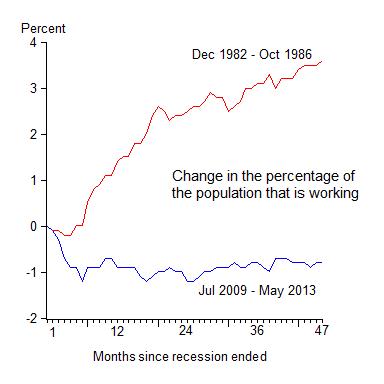