The sad economic story in this morning’s GDP release can best be told with three simple charts.

First, economic growth in this recovery has been even slower than previously thought, and has averaged less than 1 percent so far this year. This is the main reason why unemployment has remained so high. And the recession was even deeper than previously estimated. 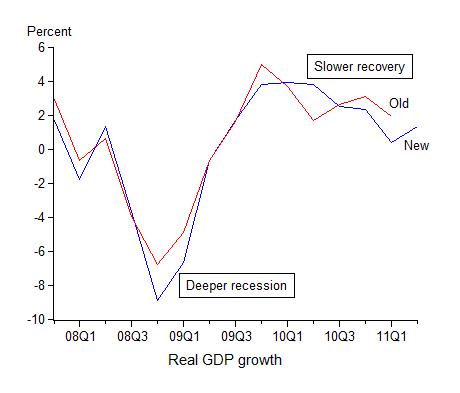 Second, inflation has been higher in the past two years than previously estimated. The broad GDP price index inflation rate has averaged 2.4 percent so far this year.

Third, this recovery looks even worse in comparison with the sharp 1983-84 recovery from the deep 1981-82 recession. Real growth in the past eight quarters has averaged only 2.5 percent and has never exceeded 4 percent.